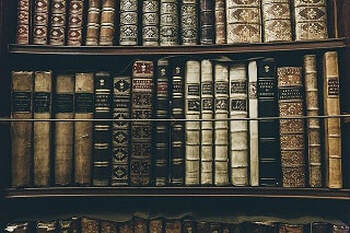 4 Perfect reasons Why Following a Madhhab Is Haram

There are mainly four schools of thought among the Sunni Muslims and they are Shafi, Hanafi, Maliki and Hanbali schools of thought. The main reason why it is forbidden to follow a madhhab is because non of the scholars who founded these madhhabs told to blindly follow them. and the other reason to not follow a madhhab is because the Quran and the authentic hadiths only tells Muslims to followthe Quran and the Sunnah and not the madhhabs.

Islam is a religion that explains and solves every single issue that mankind faces. Islam is a complete religion. Allah (Swt) says,"This day I have perfected for you your religion and completed My favor upon you and have approved for you Islam as religion"(Al-Quran-5;3)The above verse was revealed to the prophet (Sal) on the day of Arafah on a friday. Narrated by Tariq bin Shihab :A Jew said to `Umar, "O Chief of the Believers, if this verse: 'This day I have perfected your religion for you, completed My favors upon you, and have chosen for you, Islam as your religion.' (5.3) had been revealed upon us, we would have taken that day as an `Id (festival) day." `Umar said, "I know definitely on what day this Verse was revealed; it was revealed on the day of `Arafat, on a Friday."
(Sahih-Al-Bukhari)
Islam was perfected with the two sources namely the Quran and the authentic Sunnah of our messenger (Sal) but unfortunately. many Muslims have nowadays started to follow madhhabs blindly and given importance to the wrong fatwas of the madhhabs over the Quran and the Sunnah. All the four imams of the four madhhabs namely imam Shai, imam Hanafi, imam Malik and imam hanbali agreed that if their opinion contradicts the Quran and the Sahih hadith, to leave aside their opinion and to accept the authentic hadith. The only true sources of Islam are the Quran and the authentic Sunnah of the messenger (Sal). Allah (Swt) says in the Quran,
O you who have believed, obey Allah and obey the Messenger and those in authority among you. And if you disagree over anything, refer it to Allah and the Messenger, if you should believe in Allah and the Last Day. That is the best [way] and best in result"(Al-Quran-4:59)

In this verse Allah (Swt) clearly says that you have to obey Allah and his messenger (Sal). The authority mentioned above to be obeyed is wrongly being interpreted to mean that you have to follow the madhhabs blindly. The obedience to authority mentioned in the above verse refers to the ruler who has authority as explained in the authentic tafsir of Ibn Kathir. The prophet (Sal) said,
"Whoever obeys me, obeys Allah, and whoever disobeys me, disobeys Allah. Whoever obeys my commander, obeys me, and whoever disobeys my commander, disobeys me".
(Bukhari and Muslim)
in another hadith, the prophet (Sal) said,
"Hear and obey (your leaders), even if an Ethiopian slave whose head is like a raisin, is made your chief".
(Bukhari and Muslim)

First of all dividing in to madhhabs or sects is totally haram in Islam. Allah (Swt) says,
"And hold firmly to the rope of Allah all together and do not become divided"
(Al-Quran-3:103)

"Have nothing to do with those who have split their religion in to sects. Allah will call them to account and declare to them what they have done"
(Al-Quran-6:158-159)

"Be not those who associate others with Allah (Or) those who slit up their religion in to sects, each exulting in it's own beliefs"
(Al-Quran-30:30)

Following a madhhab is a bidah (innovation) in Islam because you are implementing and acting to something such as prayers, zakath etc which have no basis in the Sunnah. One example is in performing prayers where you are blindly following the rules of the prayers according to a madhhab which is different from that thought by the prophet (Sal) which won't even be accepted. Once a man entered the mosque and prayed, then he came and greeted the Messenger of Allaah (Sal). The Messenger of Allaah (Sal) returned the greeting and said: “Go back and pray, for you have not prayed.” The man went back and prayed as he had prayed before, then he came to the Prophet (Sal) and greeted him, and the Messenger of Allaah (Sal) said, “Wa ‘alayk al-salaam.” Then he said: “Go back and pray, for you have not prayed.” When he had done that three times, the man said: By the One Who sent you with the truth, I cannot do more than that. Teach me. He said: “When you go to pray, say takbeer, then recite whatever you can of the Qur’aan. Then bow until you are at ease in bowing, then rise until you are standing up straight. Then prostrate until you are at ease in prostration, then sit up until you are at ease in sitting. Then do that throughout the entire prayer.”
(Bukhari and Muslim)

In this hadith, the prophet (Sal) said to pray  like him praying and praying according to the madhhabs is contrary and against the Sunnah.

Following the madhhabs and rejecting the Sunnah is a form of Bidah. The prophet (Sal) said,
"Every innovation is misguidance and every misguidance is to hell fire"
(Sahih Muslim)

and  the prophet (Sal) also said,
"You must keep to my Sunnah and to the Sunnah of the Khulafa ar-Rashideen (the rightly guided caliphs), those who guide to the right way. Cling to it stubbornly [literally: with your molar teeth]. Beware of newly invented matters [in the religion], for verily every bidah (innovation) is misguidance.”
(Tirmidhi,Abu Dawud-Graded Sahih by imam Tirmidhi and Sheikh Albani)

The madhhab imams were salafus saliheen and as human beings they made mistakes may Allah make their graves spacious. Let us analyze what the four great madhhab imams said about following the Sunnah as four powerful proofs.

"The Muslims are unanimously agreed that if a sunnah of the Messenger of Allaah (sallallaahu 'alaihi wa sallam) is made clear to someone, it is not permitted33 for him to leave it for the saying of anyone else."
(Rooyaani, Muhammad bin Haaroon (307): Musnad, ms)

"In every issue where the people of narration find a report from the Messenger of Allaah (sallallaahu 'alaihi wa sallam) to be saheeh which is contrary to what I have said, then I take my saying back, whether during my life or after my death."
(Abu Nu'aim (9/107), Harawi (47/1), Ibn al-Qayyim in I'laam al-Muwaqqi'een (2/363) & Fulaani (p. 104)

"When I say something contradicting the Book of Allaah the Exalted or what is narrated from the Messenger (sallallaahu 'alaihi wa sallam), then ignore my saying."
( Al-Fulaani in Eeqaaz al-Himam (p. 50))

"Truly I am only a mortal: I make mistakes (sometimes) and I am correct (sometimes). Therefore, look into my opinions: all that agrees with the Book and the Sunnah, accept it; and all that does not agree with the Book and the Sunnah, ignore it."
(Ibn 'Abdul Barr in Jaami' Bayaan al-'Ilm (2/32), Ibn Hazm, quoting from the former in Usool al-Ahkaam (6/149), & similarly AlFulaani (p. 72))

Ibn Wahb said:
"I heard Maalik being asked about cleaning between the toes during ablution. He said, 'The people do not have to do that.' I did not approach him until the crowd had lessened, when I said to him, 'We know of a sunnah about that.' He said, 'What is that ?' I said, 'Laith ibn Sa'd, Ibn Lahee'ah and 'Amr ibn al-Haarith narrated to us from Yazeed ibn 'Amr al-Ma'aafiri from Abu 'Abdur-Rahman al-Hubuli from Mustawrid ibn Shaddaad al-Qurashi who said, 'I saw the Messenger of Allaah (sallallaahu 'alaihi wa sallam) rubbing between his toes with his little finger.' He said, 'This hadeeth is sound; I had not heard of it at all until now.' Afterwards, I heard him being asked about the same thing, on which he ordered cleaning between the toes."

"The opinion of Awzaa'i, the opinion of Maalik, the opinion of Abu Haneefah: all of it is opinion, and it is all equal in my eyes. However, the proof is in the narrations (from the Prophet (sallallaahu 'alaihi wa sallam) and his Companions)."
(Ibn 'Abdul Barr in Jaami' Bayaan al-'Ilm (2/149))

All of these imams were humble and forbade their students from blindly following them and only told them to follow the Sunnah of the messenger of Allah (Sal).

From all of the above evidence it is very clear that following a madhhab blindly is haramin Islam and a Muslim should only follow the Quran and the authentic Sunnah of the prophet (Sal) based on the understanding of the Sahaba and the Salaf. Allah said in the Quran,

"And whatsoever the Messenger (Muhammad) gives you, take it, and "Whatsoever he forbids you, abstain (from it) and fear Allah. Verily, Allah is severe in punishment.)"
(Al-Quran-59:7)