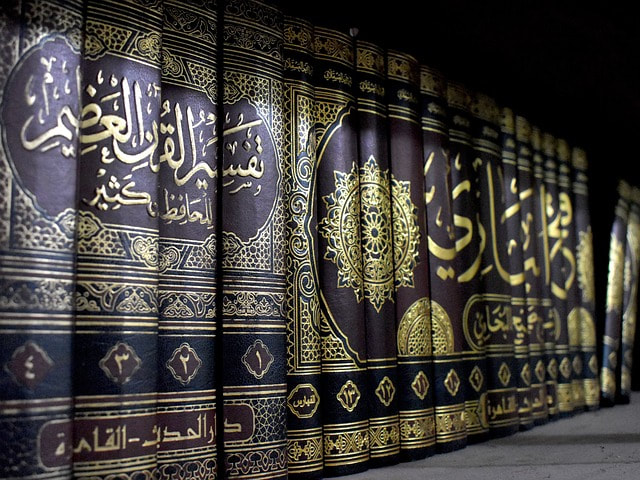 
The next hadith is the hadith which is narrated in Baihaqi. The prophet (Sal) said;
"Seven persons are such that Allah will not look at them on the Day of Judgment, nor will He purify them, nor will He include them among the learned, and Allah will enter them into Hell. They will enter Hell first, except for those who repent, as those who repent, Allah will accept their repentance: a person who masturbates; a person who performs the act of sodomy; the person upon whom the act of sodomy is performed; a perpetual drunkard; the person who hits his parents so much that they appeal for help; the person who harms his neighbors so much so that they curse him; the person who commits adultery with his neighbor’s wife."
(Baihaqi Shuaib Al Iman-The hadith is a weak hadith. It was graded as weak by Imam Ibn Jawzi in Al-‘Ilal Al-Mutanaahiyah, and Ibn Kathir who graded as weak because it has an unknown chain of narrators. It was graded daif by Al Azi and Al Dylami as well).
Anas (Ra) narrates that the Prophet (Sal) said:
“The person who performs nikaah with his hands (i.e. he masturbates) is cursed”.
(Tafseer Mazhari: vol.12, pg. 94-This hadith is Mawdoo (Fabricated hadith) and has no basis.  Ismail Al-Ujalwani in his book Kashaf-ul-Akhfa said that it has no basis and Mullah Al Qari in his book, Asrar-ul-Marfua also said that it has no basis).
The other fabricated hadith that has no basis at all is the hadith of Saeed bin Jubair (Rali) who said that;
"Allah Ta'aala will inflict a punishment on a group of people because they played with their private parts”
(Quoted in Tafseer Mazhari-this hadith has no basis).
Those who quite such hadiths should fear Allah (Swt) for spreading lies to prove that masturbation is haram. The prophet (Sal) warned in a hadith by saying as narrated by Salama (Rali);

​"Whoever (intentionally) ascribes to me what I have not said then (surely) let him occupy his seat in Hell-fire."
(Sahih Al Bukhari)

After coming this far reading the and understanding the various weak and fabricated hadiths prohibiting masturbation. it will be clear that Islam as opposed to wrong views is the most lenient religion in all affairs including sexuality. The prophet (Sal) commanded the Muslims to be lenient in all affairs and to make things easy for people. The prophet (Sal) said’
"Facilitate things to people (concerning religious matters), and do not make it hard for them and give them good tidings and do not make them run away (from Islam)."
(Sahih Al Bukhari)
Further the prophet (Sal) said
“Religion (Islam) is very easy and whoever overburdens himself in his religion will not be able to continue in that way. So you should not be extremists”,
(Sahih Al Bukhari)

After reading chapter six, you would have come across the views which other religions have told about masturbation. In every aspect of life Islam is the easiest religion in the world but unfortunately because of the ignorance of the Muslims and the media using this ignorance for false propagation has made Islam a misunderstood religion. Little does anyone know what the other religions preach its followers. Take for an example in the bible; this is how uncleanliness is mentioned.
“Any man with an infected penis is unclean, whether it is stopped up or keeps dripping. Anything that he rests on or sits on is also unclean, and if you touch either these or him, you must wash your clothes and take a bath, but you still remain unclean until evening”.
(Leviticus-15, 3-5).

Buddha preached non-violence is what everyone knows on the surface. But he totally restricted the basic human rights of ordained monks and other disciples. The same can be said of other religions such as Hinduism, Zoroastrianism, Judaism and others. What needs to be understood is that there is a huge difference between Islam based on the authentic sources and the Islam that is been practiced by the majority of Muslims. Masturbation is thought to be forbidden by Muslims is because of their ignorant upbringing and the lack of courage and intellectualism to challenge such long held beliefs that has no basis in Islam. Sex is a gift from Allah(Swt) and it is not Islam that has sanctioned sex, it is the various wrong interpretations of the Muslims that have sanctioned it. Sanctioning and restricting sex has not done any good to the Muslim community and the more restrictive sex becomes the more deviant it will manifest among the Muslim ummah.
Prophet (Sal) said,
“Whoever is easy-going, easy to deal with and kind hearted, Allah will forbid the Fire for him.”
(Sahih Al-Jami, no. 6484)

Abu Hurayrah(Rali) narrated,
The prophet(Sal) said,
“Verily you cannot afford to make people happy with your wealth, but you can make them happy with you by means of a cheerful face and good attitude.”
(Al-Bazzaar-Graded Hasan Sahih by Albani in Sahih Targheeb)

Aisha(Rali) narrated,
The prophet(Sal) said,
“Verily Allah is Kind and loves kindness, and He rewards for kindness in a way that He does not reward for harshness or for anything else.”
(Bukhari and Muslim)

Abdullah ibn Masood(Rali) narrated that the prophet(Sal) said,
“Shall I not tell you of one who will be forbidden to the Fire, or for whom the Fire will become forbidden? Everyone who is close to people, gentle and easy-going.”
(Tirmidhi-Graded Sahih by Albani)

Abu Dharr narrated, the prophet(Sal) said,
“Do not regard any act of kindness as insignificant, even meeting your brother with a cheerful countenance.”
(Muslim)

Ali(Rali) narrated,
“Verily in Paradise there are chambers, the outside of which may be seen from the inside, and the inside of which may be seen from the outside.” A Bedouin stood up and said: Who are they for, O Messenger of Allah? He said: “For those who speak kind words, give food, fast regularly, and pray at night when people are asleep.”
(Tirmidhi-Graded Sahih by Albani)

All of these hadiths speak of the importance of being kind and easy going in religion. Unfortunately all of these hadiths have been disregarded by the modern day Muslim who has internalized many deviant heretical beliefs and have become extreme and harsh. When you become harsh in the heart, then every action of yours will become harsh and extreme.The prophet(Sal) said,
Beware, in the body there is a piece of flesh; if it is sound, the whole body is sound and if it is corrupt the whole body is corrupt, and hearken it is the heart.
(Muslim)

"Allah intends for you ease, and He does not want to make things difficult for you"
(Al- Quran-2:185)

Abu Huraira reported: The Prophet, (Sal), said,
“Verily, the religion is easy and no one burdens himself in religion but that it overwhelms him. Follow the right course, seek closeness to Allah, give glad tidings, and seek help for worship in the morning and evening and a part of the night.”
(Bukhari)