By C.J Ahmed-,G.D.I.S Graduate in Islamic Theology and Researcher in Comparative Religious Studies. 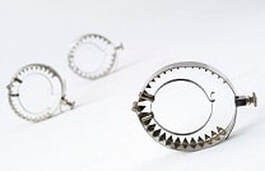 "And those who guard their chastity. Except from their wives or (the captives and slaves) that their right hands possess, - for them, they are free from blame. But whoever seeks beyond that, and then those are the transgressors." (Al Quran23.5-7)

"The Prophet (sal) said, “Verily Allah has obligated the obligations – so do not neglect them. And He has limited the limits – so do not transgress them. And His silence about things is from His mercy, not forgetfulness, so do not investigate them.”
(Hasan Sahih-Ad-Darqutni No. 4/199 and also Al-Baihaqi No. 10/122).

‘Abdullah bin Mas’ood (rali), who said: “We were with some youth not finding anything, so the Messenger of Allah, (sal) said: ‘O assembly of youth. Whoever from you is able to get married then let him do so, for it lowers the gaze and protects the privates. And whoever is unable, then it is (on him) to fast, for it is a protection”
(Bukhari and Muslim)

Using this hadith some argue that masturbation is forbidden because the prophet (sal) told the youth who were unable to get married to fast and they say that if masturbation was an alternative, prophet (sal) would have mentioned it.  What needs to be understood is that the prophet (sal) never made it an obligation for a Muslim who is unable to get married to fast. Fasting is only a Sunnah and whoever wants to fast can fast and whoever wants not to can definitely not fast as it is not a sin or an obligation. Just because the prophet (sal) did not mention one thing instead for the other does not necessarily mean that it’s forbidden.  The Sunnah isn’t what he didn’t instruct his companions to avoid. Trying to derive something as forbidden on what the prophet (sal) didn’t instruct cannot be taken as a law in Islam Marriage is a recommended Sunnah and fasting is not an obligation.
The most important thing to be understood when knowing and understanding a verse in the Quran or Hadith is that you cannot give your wording and meaning to it. This was the methodology of the Salafus Saliheen. Deviants like the Mutazila and Asharia who went astray were the ones who interpreted verses in the Quran according to their own opinions and ending up twisting the meaning. A particular verse must be understand using all the other supporting verses and hadith and according to the understanding of the the sahabah. For an example, explaining what the major sins known as “Kabair”, The Quran says:

"Those who avoid great sins and Al-Fawahish (immoral sins) except Al-Lamam (minor sins) verily, your Lord is of vast forgiveness."
​ (Al Quran-53-32)

"O Prophet! Tell your wives and your daughters and the women of the believers to draw their cloaks (veils) all over their bodies. That will be better, that they should be known (as free respectable women) so as not to be annoyed. And Allah is Ever Oft­ Forgiving, Most Merciful"
(Al Quran-33:59)

The meaning of this verse" draw their cloaks all over their bodies" has been falsely misinterpreted to mean that the entire body of a woman has to be covered. But, by understanding the above verse using the Quran and the authentic hadiths, and the explanation of the companions of the prophet (Sal), it is quite clear, that the true meaning for the verse "draw their cloaks all over their bodies" is to cover the body except for the face,hands and the feet. There are so many other examples available and all them prove that the verse 5. 6. And 7 in chapter 23 has been wrongly interpreted. 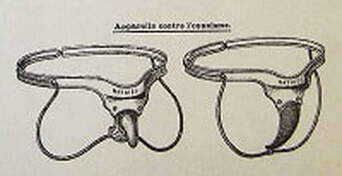 “It’s better than committing Zina”.
(Musannaf of Abdurrazzaq no-13590)

"The person who gets discharge after casting a look should complete his fast (without breaking it)."
(Bukhari)

“He (the Prophet (sal) would do Mubaasharah (having sexual relations) when he was fasting, and would place a cloth between him and her, meaning over the private part.”
(Reported by Ahmad and Ibn Khuzaymah in his Saheeh. Its Isnad is Good (Jayyid).
In another hadith,

“He (the Prophet (sal)) used to kiss when fasting, touch when
fasting, and was the most in control of his desires”
(Reported by al-Bukhari, Muslim, and others)

According to Islam, sexual intercourse is the entering of the two private parts. If anything happens other than this, is not a sin that falls under had punishment. There is very clear evidence from authentic hadiths to prove this which I wouldn’t like to go in detail in this particular article.

The above hadiths prove clearly that engaging in anything other than sexual intercourse even if you ejaculate semen or other female secretion would not invalidate the fast and there is no kaffara for this. This view is further strengthened with the below narration of Aisha (rali) in response to someone who asked her:
“What is Halaal (permissible) for a man to do with his wife when he is fasting?”
She said, “Everything except intercourse.”
This was reported by ‘Abdir-Razzaaq in his Musannaf (4 / 190 / 8439) with a Saheeh (authentic)
chain of narrators, as al-Hafidh Ibn Hajr mentioned in al-Fath. This narration was also used as a proof by Ibn Hazm regarding this issue. (From the Silsilah).


‘Aisha herself, reported by at-Tahaawee with a Saheeh Isnad that Hakeem bin ‘Iqaal said:

“I asked ‘Aisha, “What is prohibited for me from my wife while I am fasting?” She said, “Her

Some try to interpret the word “Mubaasharaah” as kissing but, this is wrong as the prophet(sal) used to kiss when fasting, touch when fasting, and was the most in control of his desires
Reported by al-Bukhari, Muslim, and others.
The real meaning for "Mubaasharah" is having sexual relations.

So, you can do anything except doing intercourse (entering of the private parts) and it won’t break the fast.

A 2008 study at Tabriz Medical University found ejaculation reduces swollen nasal blood vessels, freeing the airway for normal breathing. The mechanism is through stimulation of the sympathetic nervous system and is long lasting. The study author suggests "It can be done [from] time-to-time to alleviate the congestion and the patient can adjust the number of intercourses or masturbations depending on the severity of the symptoms
(Source-Wikipedia)

— Making for a healthier prostate. 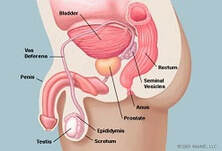 When it comes to a woman’s health, self-pleasuring serves her well by:

— Building her resistance to yeast infections.

— Combating pre-menstrual tension and other physical conditions associated with their menstrual cycles, like cramps.

— Relieving painful menstruation by increasing blood flow to the pelvic region. This will also reduce pelvic cramping and related backaches.

— Relieving chronic back pain and increasing her threshold for pain.

— the safest kind of sex, keeping you free of sexually transmitted infections.

— A great form of stress relief.

— A mood booster in releasing endorphins.

— A mechanism for building stronger pelvic floor muscles, which can lead to better sex.